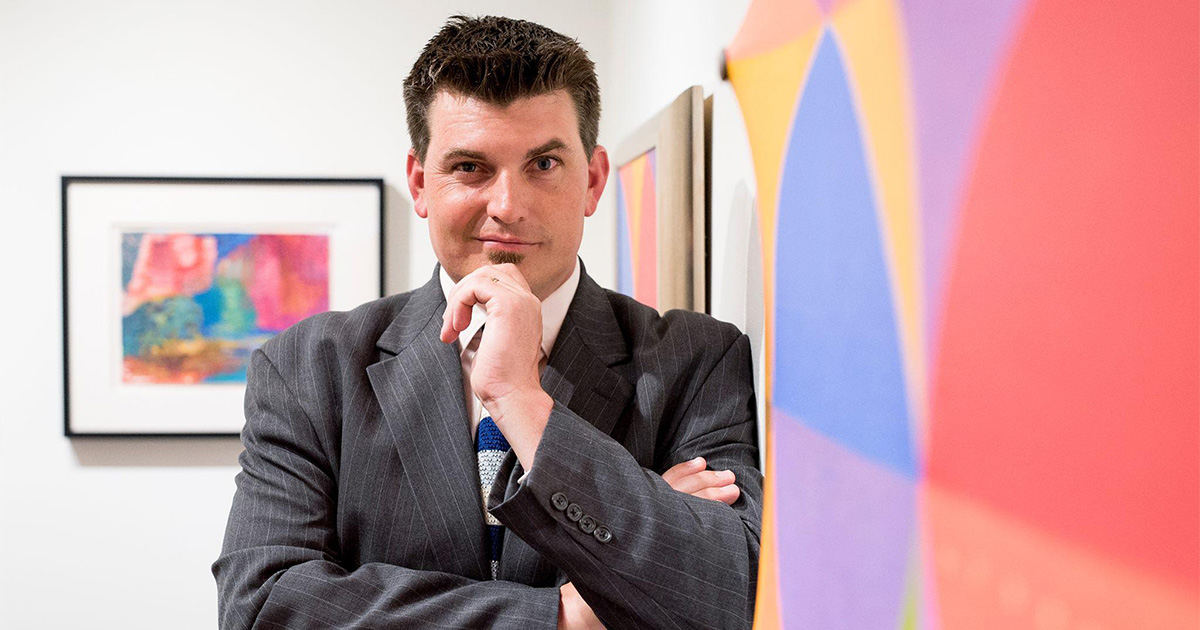 Lloyd Kiva New was instrumental in establishing the Institute of American Indian Arts (IAIA) and shaping the academic curricula and artistic culture of IAIA. He was an educator, artist, designer, and business-owner all of which informed his work and career path. Before serving IAIA as its first Art Director in 1961, New moved to Scottsdale, Arizona, where in 1945 he opened a fashion boutique in the Arizona Craftsmen Court in Scottsdale, Arizona. His label, named Kiva, first focused on leather purses, belts, and hats. He collaborated with major Native American artists, including Manfred Susunkewa (Hopi), Charles Loloma (Hopi), and Andrew Van Tsinhajinnie (Navajo). New’s boutique flourished through the 1940s and 1950s. New retired from IAIA in 1978 but served as president emeritus. The American Craft Council declared him an honorary fellow in 1976, and the city of Santa Fe declared him a "Living Treasure" in 1989.